This Horse Gave Birth To A Beautiful Foal. But When THIS Happened Moments Later? A MIRACLE!

This happens so rarely that its considered a MIRACLE!

Bringing a baby into this world is a magical moment but when Mother Nature throws an extra surprise into the mix, it gets that much more special.

When this mare went into labor 7 days after her due date, the entire household heaved a sigh of relief as a young colt named Don Quixote saw the world for the first time. Only moments later, he was ready for his first steps, and while they were taking photos of that precious moment, mama Daisy prepared another surprise. Keep watching till the end of this incredible story. It’s so worth it. 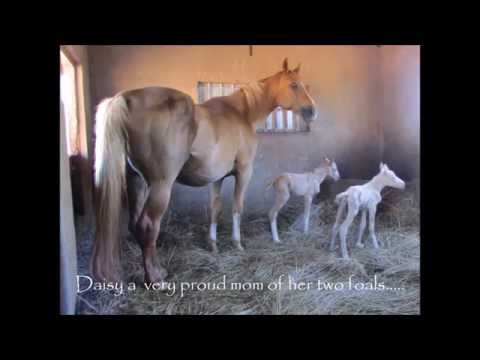